The Economist Ranking: Chile is the safest country for investment in Latin America

Following the Milken Institute´s ranking in February, The Economist has now also ranked Chile as the best country for investment in Latin America and the country with the highest potential for attracting foreign investors. According to the report by the British magazine’s Economist Intelligence Unit titled “Politics, populism and policy: operational risk in Latin America,” Chile obtained a score of 25 in a ranking where a score of 100 is considered the maximum risk.

The only country outranking Chile is Aruba, the Caribbean island that is part of the Netherlands.  With these results, Chile leads as the country with the lowest risk for investment in Latin America. 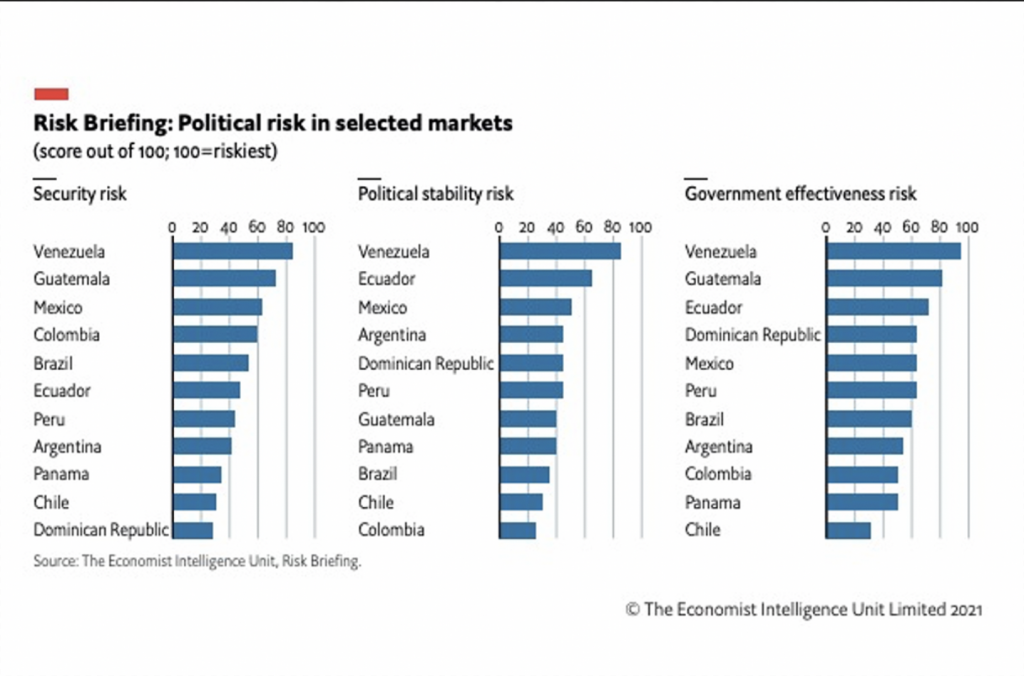 The study is based on three factors for analysis: political risk, economic risk and policy risks. Chile is positioned among the best in all three categories given that the lower the score, the less the risk.

Although The Economist Intelligence Unit is “cautiously optimistic” about what could happen this year in Latin America, they believe that “investors will need to prepare (…) 2021 is another major election year for Latin America, with presidential elections in several large economies such as Ecuador, Peru and Chile, and mid-term elections in key regional markets including Mexico and Argentina.”