Through various promotional activities, Imagen de Chile will show how Chile’s cultural heritage has inspired the world, highlighting the works of leading Chilean figures in culture and the arts.

Eternal imprints of words that reflect core aspects of our society, great stories that have moved the world on the big screen, as well as advances in innovation and the search for solutions to problems currently facing humanity. These are just some of the topics addressed by Imagen de Chile’s newest campaign, which has already been underway in Spain for the past few weeks.

The campaign, “Chile, Creativity that Inspires the World,” seeks to showcase the international impact of Chile’s cultural heritage on culture and the arts. The campaign has kicked off with a competition based on the works of the poets Pablo Neruda, Gabriela Mistral and Nicanor Parra, with three lucky winners receiving a tattoo inspired by the words of the Chilean poets.

“In Chile we are creating future and we want to demonstrate how Chilean culture has transcended borders all around the world, bringing with it the creativity, awareness and talents of our people. We are beginning with one of the oldest cultural expressions, the tattoo,” said the Executive Director of Imagen de Chile, Constanza Cea.

“By incorporating the works of various people in the area of culture and the arts, and in reaching a global audience, this campaign will show how creative Chilean talent has crossed generational, cultural and geographical barriers, and plays a significant role in creating future,” added Cea. 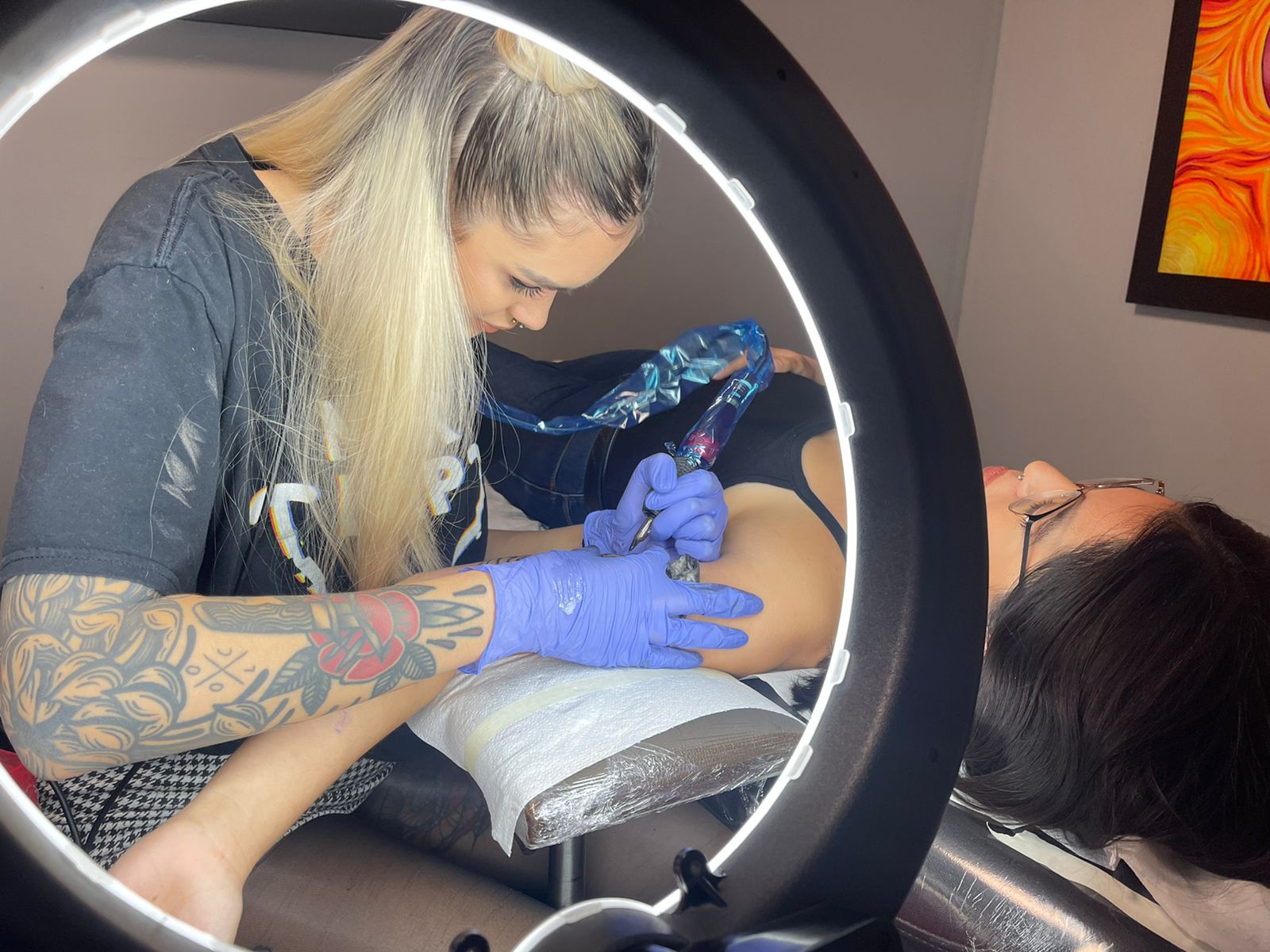 Sergio Ferrer, Elizabet Mallorquín and José Ángel Morillo, all from Synesthezia studio, are artists from Madrid who were each invited to take inspiration from the works of Neruda, Mistral and Parra and design an original tattoo.

“Don’t live in fear and always fully live each and every experience that you consider important in your life. When I read “I Confess that I have Lived,” I felt that yearned-for freedom that you have at that moment when you choose which path you are going to take,” said Sergio Ferrer.

“This is life; it has different parts and what binds it together is your song. Phrases that were written in a place as far away as Chile are true here in Spain, as well as other places around the world,” added Elizabet Mallorquín.

“To persist, no matter what happens, in the end without a strong will, without inner strength, you get nothing. Regardless of the passing of time, “the will to be” is a phrase that will always have meaning,” noted José Ángel Morillo.

On Tuesday, December 7 the results of the competition were announced and the lucky winners were able to receive the tattoo of their choice.

“I chose a tattoo inspired by Nicanor Parra. The design is a clock that evokes time. For me time, especially the line, “what other song than the passing of time,” means a lot. The passing of time is what gives us the energy to do everything because it is the very fact that time passes that makes you want to take advantage of it,” stated Carolina Silva, one of the winners.

“I got a tattoo inspired by a Gabriela Mistral poem. It is a hand with flowers and for me it represents the constant struggles women face and above all, it is something to carry with me all the time,” remarked another of the winners, Eva Moreno.

“The political career that Pablo Neruda had, and what it meant for other Spanish authors as well as for our country. Pablo Neruda’s indomitable spirit, made me realize that this was the one for me,” said Edorta Mora, the third winner of the Imagen de Chile contest.

For more information on the campaign and to learn about upcoming activities, please click on: https://marcachile.cl/creating-future/?cat=vida-y-cultura