The campaign, made up of a series of audio-visual segments, won first place in the “Best Film Originality” and “Best Advertising Campaign” categories.

The Chile Creating Future campaign has won awards at the ART&TUR International Festival, held in Aveiro, Portugal. The campaign, a series of 12 audio-visual segments that show Chile’s contributions to the world, won first place in the “Best Film Originality” and “Best Advertising Campaign” categories.

“We at Imagen de Chile are delighted with the recognition we have received for our Chile Creating Future campaign, both for originality and best campaign. We are pleased to have been able to showcase the best of Chile at this international festival and we are happy that the world recognizes and values the contributions that Chile is making in areas of sustainability, quality of life and community,” noted Imagen de Chile CEO Constanza Cea.

Imagen de Chile’s audio-visual campaign was one of 74 nominees at the ART&TUR 2021 awards, which honor the best audio-visual productions in the world of tourism each year. Already in its 14th year, the festival has become a meeting place for the tourism film industry and attracts the best promotional films and documentaries on tourism from across the globe. 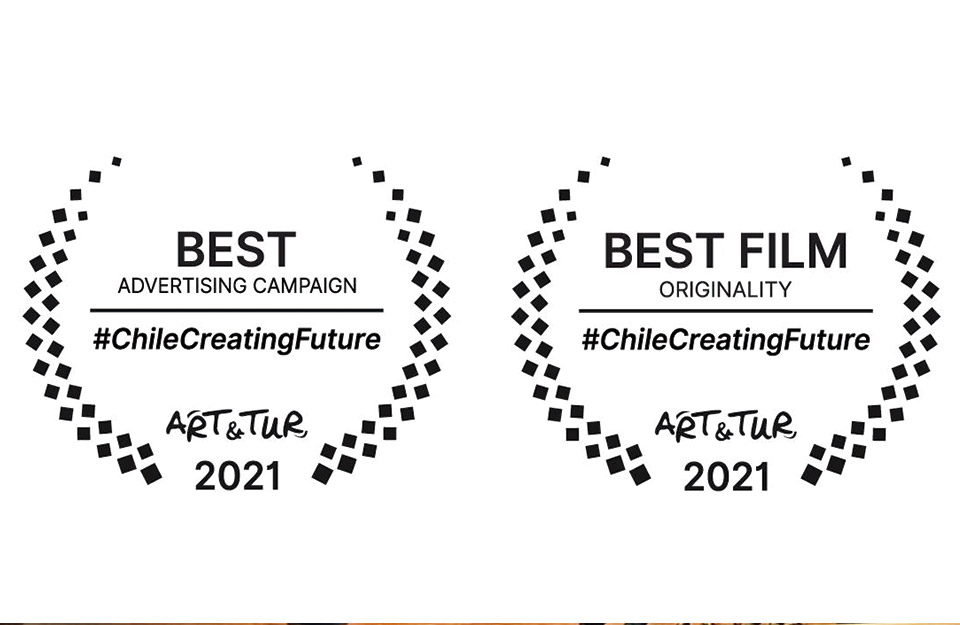 NotCo, Betterfly, Wheel the World, Karün, Solubag and Bosque Hundido are some of the 12 protagonists who bring the campaign to life. The common denominator among them is their creativity in providing solutions to various global needs through innovation. Their stories of strength, perseverance and success embody the innovative and resilient character of every Chilean.

“I am the Earth. Stories from the southern edge of the world”: Imagen de Chile presents documentary film that tells the story of Chileans in the fight against climate change