Imagen de Chile won the gold medal for “Best Brand Strategy Campaign” and “Best Digital Marketing Campaign” at the NYX Marcom Awards 2022 in New York for the international positioning strategy “Chile. Creating Future”. The strategy was also “Highly Commended” in the “Place Brand of the Year” category with an honorable mention at the City Nation Place Awards 2022, the world country brand forum that took place in London.

Fundación Imagen de Chile won the gold medal for “Best Brand Strategy Campaign” and “Best Digital Marketing Campaign” at the NYX Marcom Awards 2022. The international New York-based competition rewards creative excellence in marketing and communication campaigns, recognizing the projects, talents and work of professionals at the forefront of the industry to reach audiences around the world. 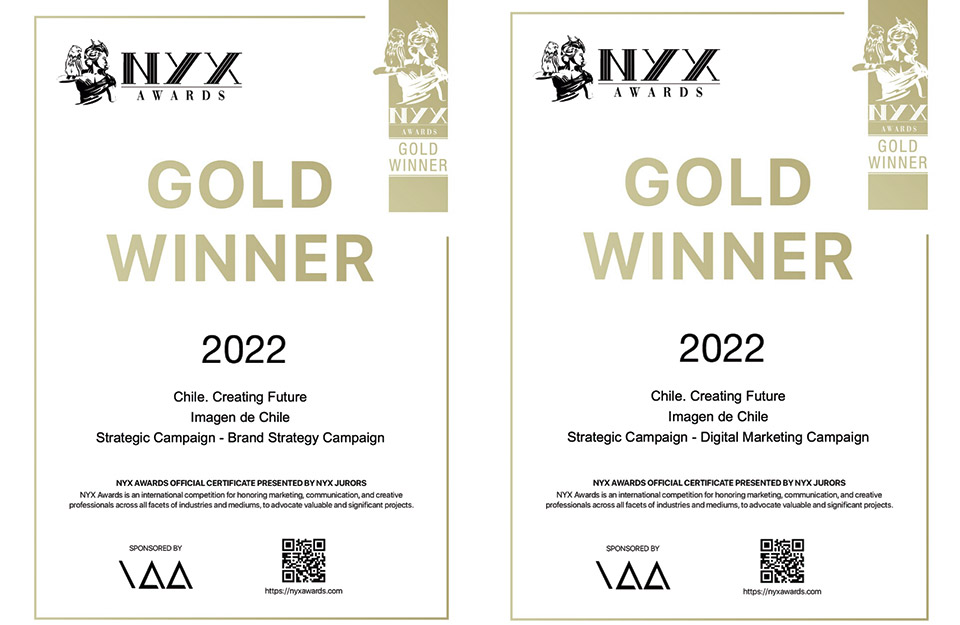 The awards were given to the “Chile. Creating Future” campaign, backbone of the country image strategy that aims to position Chile abroad through the creativity, talent and contributions of its citizens to create a better future for the country and the world.

“Our mission has been to make Chile’s contributions and the talent of the Chilean men and women who are creating future known to the world. It is a source of immense pride to see that our efforts are being recognized internationally,” stated acting executive director of Imagen de Chile, Jorge Cortés. “In the last few years, we have managed to reach millions of people around the world, and this work has allowed us to position Chile as an important stakeholder in resolving global problems,” he added. 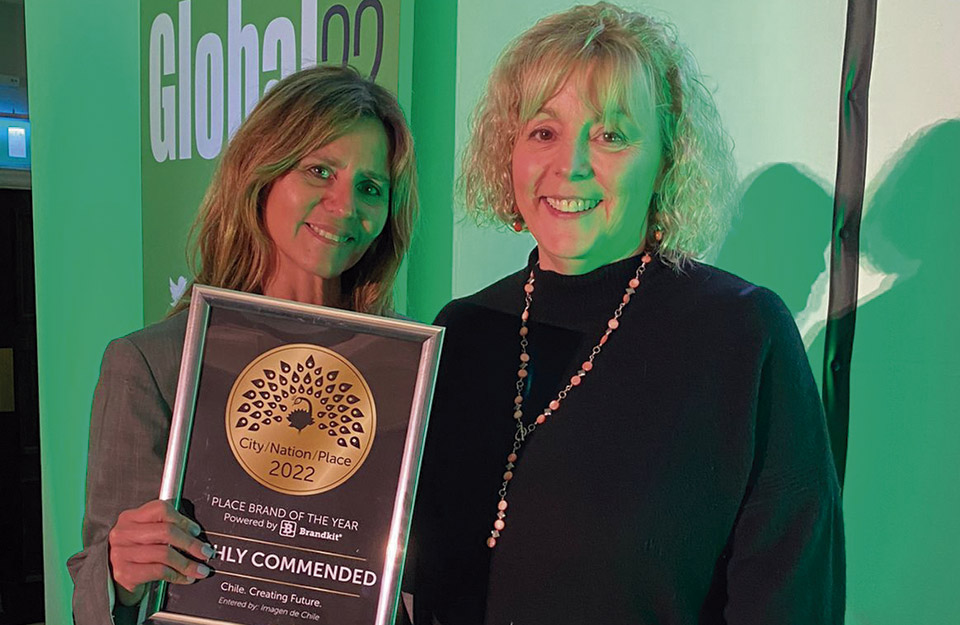 Chile once again stood out at the City Nation Place Awards, after winning “Best Use of Data” in 2021. This demonstrates consistency in our work to promote the country image. “I think these have been years of outstanding work for Chile. They are building a robust base to promote the country brand. The ‘Place Brand of the Year’ category is very competitive and this year’s applications were extraordinary. Great quality work and a coherent story. It was very difficult for the jury to choose a single winner; that’s why we gave an honorable mention to Chile,” stated Claire Dewhirst, director of City Nation Place.

The NYX Marcom Awards 2022 had nominations from more than 30 countries, including the United States, Canada, the United Kingdom, China, Japan, South Korea, the Netherlands, Turkey, Norway, Ireland and Italy. “It is exciting to see messages and content from brands that are not just about innovative notions, but are also brimming with professionalism and exceptional marketing content,” commented Thomas Brandt, spokesperson of the International Awards Associate (IAA). “It is a moment of pride and honor for audiences around the world, as well as the industry, to see the birth of perhaps the greatest marketing strategies of the century,” he added.