Chilean sayings, the Andes mountain range and solidarity: Imagen de Chile launches the findings of a study into the pride of being Chilean

A new version of the “Chilean Pride” study prepared by Imagen de Chile measured how proud people are of being Chilean, and the different elements that make up Chilean identity. The research also looking into aspects related to the pandemic and the Constitutional Process. 54% of respondents said they were very proud of being Chilean.

Its natural beauty, the outstanding conditions for astronomy and the quality of our export products are the key elements that make Chileans most proud. These are among the findings from the latest study of Chilean pride released by Fundación Imagen de Chile.

“Imagen de Chile is responsible for monitoring how our country is perceived around the world and also for understanding how Chileans see ourselves and what makes us proud. In this third version of our Chilean Pride study, we asked about the characteristics that make us different, and also how milestones over the last year, such as the Constitutional Convention and the pandemic, have been perceived, in order to get an idea of how we see ourselves,” said Constanza Cea, the Executive Director of Imagen de Chile. Solidarity is now regarded as the foremost characteristic of the Chilean people. And the importance of how we are perceived abroad is growing, along with an important focus on sustainability and in what we are proud of and we want the world to know,” Constanza Cea added.

The study was developed in conjunction with the Universidad Católica research department DESUC. It found that 91% of respondents said that the geography and the diversity of natural beauty make them very proud, followed by the outstanding skies for astronomy (88%), the quality of our export products (70%) and Chileans’ strength when facing challenges (55%).

Science and environmental achievements are milestones that generate pride, especially astronomical achievements (82%), the construction of the concentrated solar power and photovoltaic plant Cerro Dominador (75%), Chile being one of the first countries in the world to have more than 80% of the target population vaccinated (71%), our capital city being one of the cities in the world with the highest number of electric buses (56%) and the development of “Start-up Chile”, a state program to support entrepreneurship that has led Chile to be a project center at the regional level (54%). 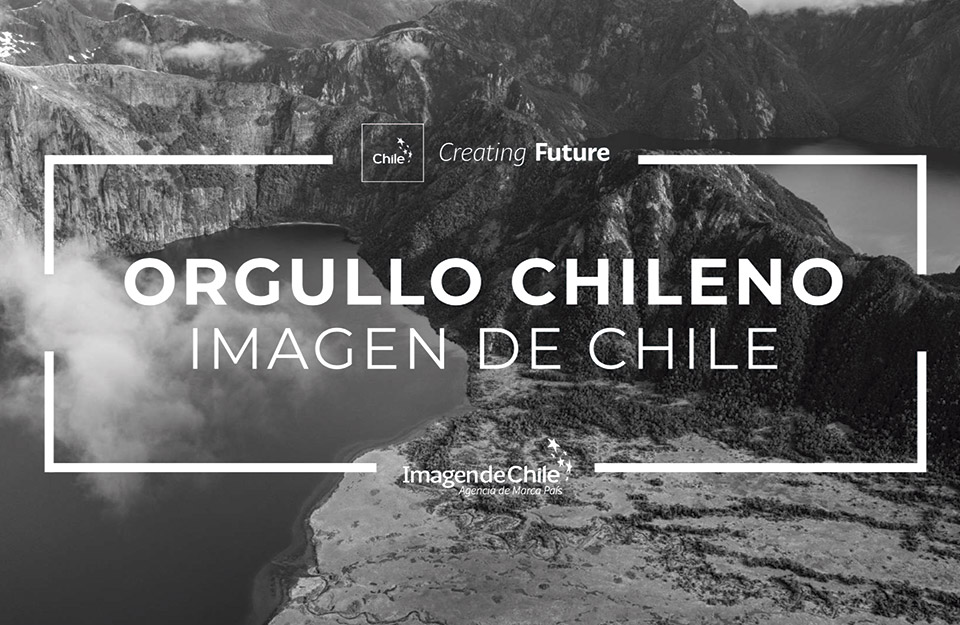 “One year on from the launch of our Chile Creating Future strategy, which is designed to showcase Chile’s contributions to the world through talent, it is important to see the consistency between what Chileans value and the communicational focus that we have led from Imagen de Chile,” said Constanza Cea.

When asked about how proud they felt about the management of the pandemic, 86% of respondents said they were proud of the work of healthcare professionals, followed by the setting up of the Sinovac vaccine plant in Chile (56%) and the response of the national health system (54%).

A Constitutional Convention with gender parity

Like the previous version, the new survey included questions about the Constitutional Convention, to find out how proud Chileans felt. 65% of respondents said they were very proud of the fact that the Convention comprises equal numbers of men and women. This was followed by the fact that the Convention includes members of indigenous peoples (59%) and that it is being led by a woman (51%).

Since 2019, the “Chilean Pride” study has analyzed the different characteristics with which Chileans feel identified. In recent years, respondents have mainly described Chileans as being “solidary” (43%), “hardworking” (16%) and “resilient” (15%).

However, respondents also describe Chileans as consumerists (35%) and individualists (22%), characteristics that have increased slightly compared to the last survey.

With regard to the symbols that make Chileans proud, the Andes Mountains are still the most popular (42%), followed by copper (16%), wine (8%) and the national music and dances known as cuecas (6%).

“Por si las moscas” (just in case) and “mandarse un condoro” (to make a serious mistake): The expressions most frequently used by Chileans

Among others, one of the characteristics of Chileans is to use many different expressions that are unique to Chile, many of which relate to animals. When asked about what sayings are most commonly used, “por si las moscas” (just in case) using the word “mosca”, which means “fly” ranked first with 28% of preferences. This was followed by “mandarse un condoro” (make a serious mistake), which refers to the large Andean bird, the condor (18%), and “pasarlo chancho” (have a great time), using the word “chancho” meaning “pig” (11%). Other sayings mentioned were “darse una manito de gato” (to get ready quickly), with “gato” being Spanish for “cat”, (9%), “ser pavo” (to be silly and distracted) referring to a “pavo” or “turkey”, (8%), “estar pato” (to be broke), where “pato” means “duck”, (7%) and “estar como piojo” (to be very drunk), which makes use of the word “piojo” meaning “louse”, (1%).

How did we position Chile in 2021? Find out here