Cape Horn is a natural laboratory for science and an important place to carry out research with global impact.

An international press group visited the Cape Horn Biosphere Reserve as part of a trip organized by Fundación Imagen de Chile to draw attention to the scientific research being carried out at the southern tip of the planet.

CNN en Español and the France-Presse and Thomson Reuters agencies traveled to Puerto Williams, the world’s southernmost city, where they visited the soon-to-be inaugurated Cape Horn Sub-Antarctic Center and explored the pristine nature that has transformed the region into a prime location to study the effects of climate change. 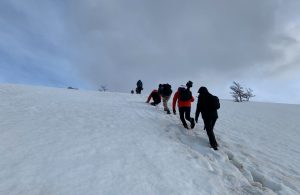 The reporters also toured the Omora Ethnobotanical Park and Bandera Hill. They were accompanied by a scientific delegation from the Cape Horn International Center led by philosopher and ecologist Ricardo Rozzi, who explained the unique geographical features that make the region a natural laboratory for science and a crucial place to carry out research with global impact. 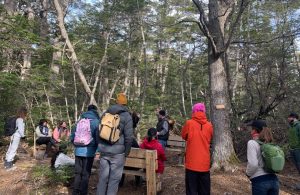 Cape Horn is home to the world’s southernmost forests and is one of the most pristine areas on the planet, preserving more than 70% of its original vegetation.