Chile’s campaign against the pandemic

It has been one week since the mass vaccination process began in Chile. As of today, Thursday, February 11, a total of 1,394,363 people have been vaccinated in the country, the majority of them older adults.

Chile has been recognized at the international level, placing third in the number of doses administered per 100 inhabitants in the world. It has been outpaced only by the United Arab Emirates and Israel according to Our World in Data (https://ourworldindata.org/covid-vaccinations). 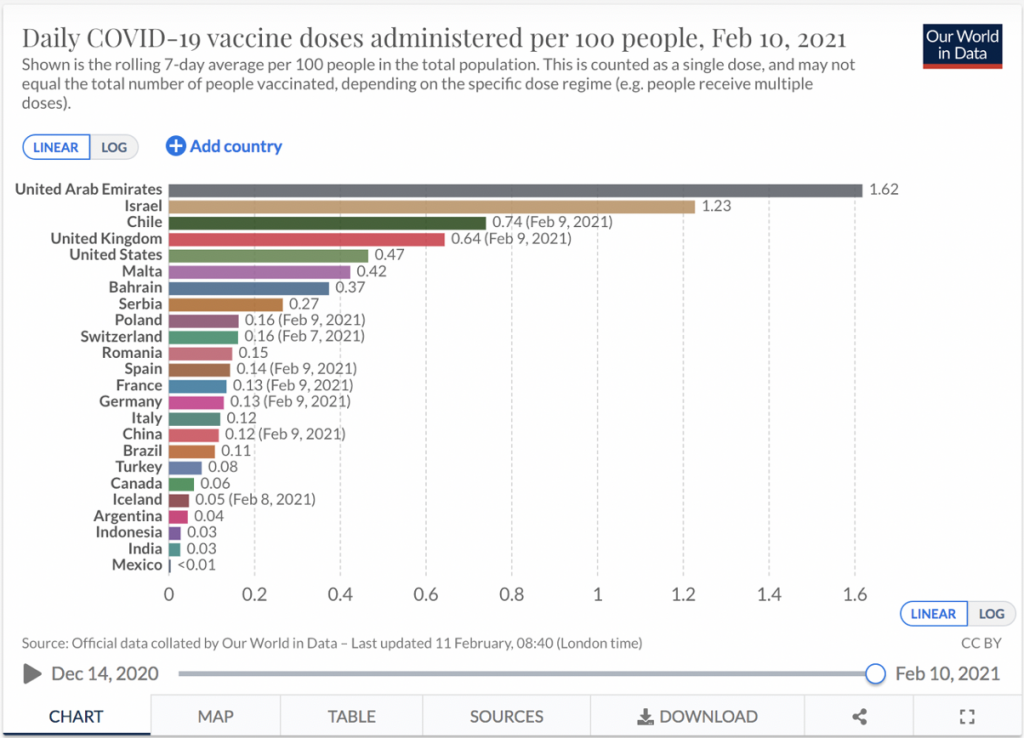 Oxford University’s database on daily COVID-19 vaccinations worldwide, ourworldindata.org, reports that as of February 10, Chile had administered 5.6 vaccine doses for every 100 people. The country is performing better than China, Germany, France, Spain and many other nations when it comes to vaccinating its population.

“Chile’s vaccination campaign is impressive!” tweeted Oxford University researcher and ourworldindata.org founder Max Roser. He included a chart that shows that if we only measure the percentage of vaccinations based on population during the past week, Chile places first in the world, followed by the United States. 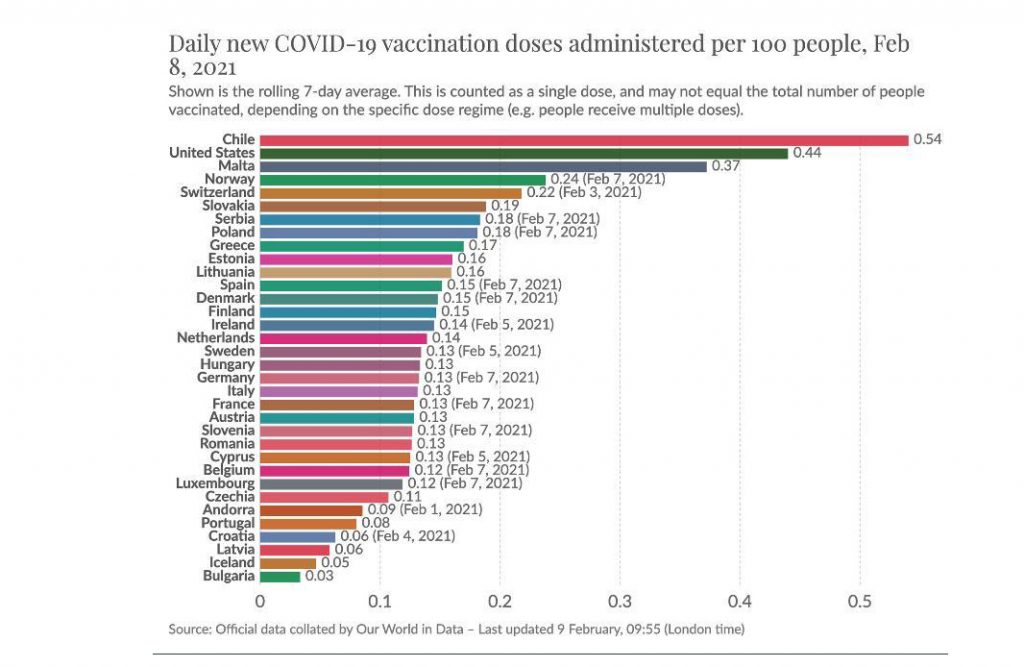 Furthermore, a recent JP Morgan report noted that Chile may be the first emerging country in the world to achieve herd immunity against COVID-19 beginning in the second quarter of 2021. According to the study, this is due to an efficient vaccination process and the contracts that the country signed with various laboratories to ensure that it would have enough doses for the population. To get to that moment, the country began working collaboratively last May to ensure that there would be a safe, effective vaccine and an adequate amount of it. The Health, Foreign Affairs, and Science Ministries have played a key role. It has been necessary to engage in major efforts to purchase the vaccine and ensure that there would be sufficient supply and to execute processes related to logistics, organization, methodology, resources and distribution, among others.

The vaccination process began for individuals aged 90 and over on Wednesday, February 3. Chile determined by consensus that the process would begin with the most fragile groups in our society, older adults, who have played a vital and fundamental role in building our country. As such, they are the first to be vaccinated. The process will continue with all older adults, individuals who have essential and critical roles, among others.

Study renewable energy in Chile, a world leader in this field

Major astronomic discoveries from Chile, natural observatory of the Cosmos

Katia Abarca, medical director of the Sinovac vaccine study in Chile: “The vaccine not only helps us as individuals, but it also helps to control the disease nationally”