One year after the process began, over 16.5 million people have completed the primary course of vaccinations; this is equivalent to 86.7% of the target population.

Friday, December 24 marked the one year anniversary of the arrival of the first vaccines in Chile and the launch of the country’s vaccination campaign, which made it a pioneer both in Latin America and around the world. One year later, over 17 million people have received at least one dose, which is equivalent to 90.7% of the target population, and 16.5 million people (86.7% of the target population) have completed the primary course of vaccinations. Chile has received a total of over 48 million doses of vaccines from the Pfizer-BioNTech, AstraZeneca, Sinovac and CanSino laboratories.

Chile’s leadership in this area is an example of how the country has positioned itself at the forefront through a series of factors, including early negotiation and business contacts to ensure the necessary doses, the country’s willingness to conduct clinical trials, a nationwide healthcare network, management capacity and the collaboration of all public and private stakeholders and the general population. 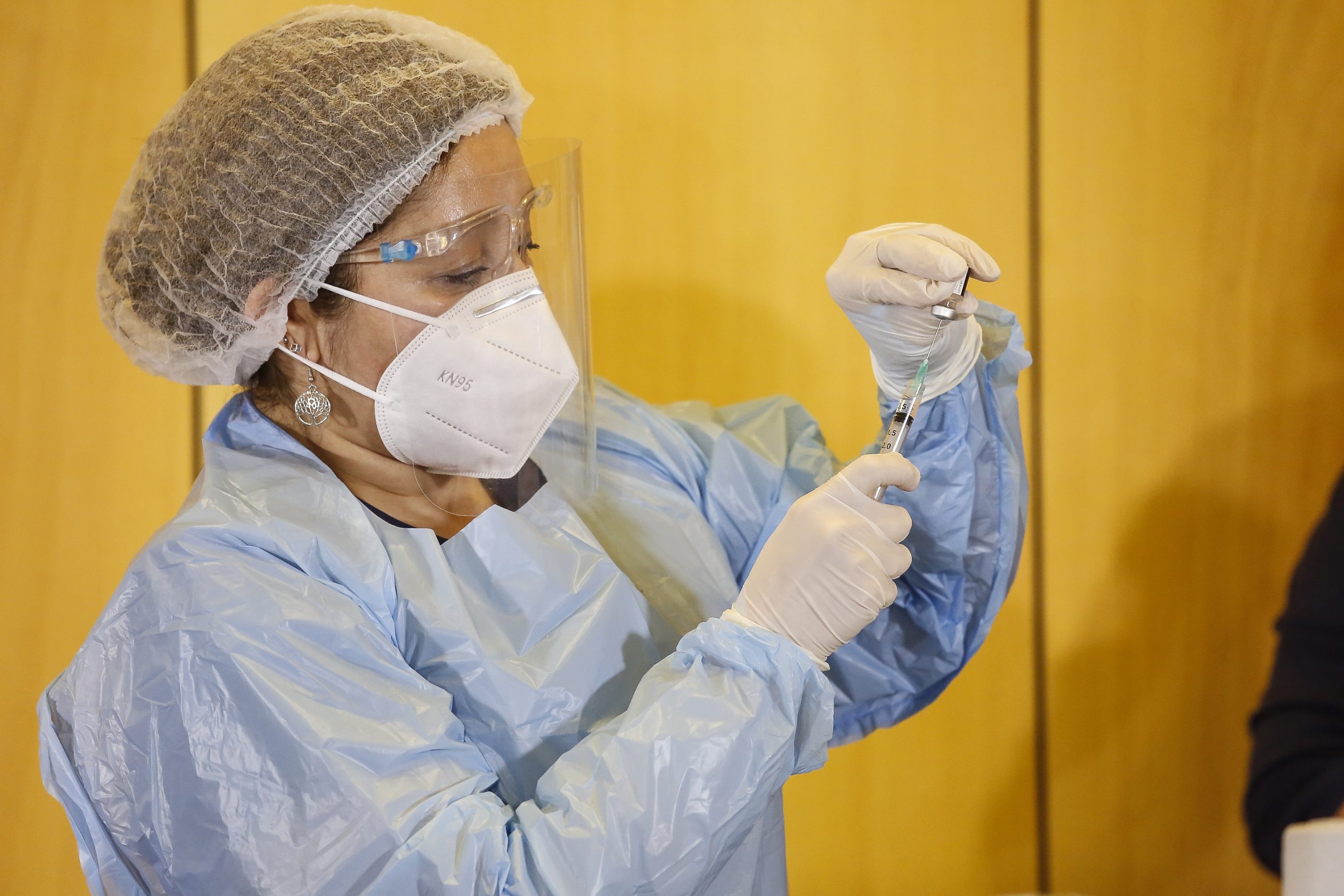 The main milestones that Chile reached over the past year are presented below:

December 24, 2020: The first 9,750 doses from Pfizer-BioNTech reached Chile and were administered to Intensive Care Unit staff in La Araucanía, Biobío, Magallanes and one third of the Metropolitan Region. Those were the regions that presented the highest rates of infection.

March 09, 2021: Our World in Data (an Oxford University initiative) ranked Chile first among those countries that were vaccinating their population the fastest, based on the average for the previous week, which was 1.08 doses per 100,000 inhabitants.

March 24, 2021: The vaccination process for healthy individuals 59 or over began. That same day, Chile passed the milestone of having 6 million people vaccinated with their first or single dose.

June 22: Vaccination began for minors between the ages of 12 and 17.

July 30: Eighty percent of the target population had completed their vaccination program, receiving two doses or a single-dose vaccine.

August 11: Six months after large-scale COVID-19 vaccinations begin in Chile, the country launched its booster shot plan, becoming one of the first in the world to roll out a large-scale booster campaign.

September 27: Vaccination began for children between the ages of 6 and 11.

December 6: Vaccination began for children between the ages of 3 and 5. The addition of this last group brought the country’s COVID-19 vaccine program to practically the entire population.

December 22: Bloomberg rated Chile as the best place to be in the world in December given the rise of Omicron variant cases. This is partly due to the fact that it has the second most vaccinated population in the world among countries with over 1 million inhabitants.