Although for a long time it was thought that there were no dinosaurs in Chile, over the past decade, four new species have been described in Chile and added to the list of paleontological findings from the age of the dinosaurs. This demonstrates the significant role that our territory played during their era, as well as the importance of scientific development in Chile, where researchers have unveiled some of the world’s great mysteries. And everything indicates that this is just beginning.

Stegouros elengassen: The most recent finding, and one of the most important in the history of Chilean paleontology, was the discovery of Stegouros elengassen, which made it onto the cover of the journal Nature in December 2021. Sergio Soto and Alexander Vargas, researchers from the Universidad de Chile, led the identification of this 74-million-year-old specimen (Cretaceous period), discovered in Valle del Río las Chinas, an inhospitable zone in the Magallanes Region. This two-meter-long armored dinosaur has been called the “Rosetta Stone” of the Southern Hemisphere’s ankylosaurs. It has a very particular characteristic: the end of its tail has a club-like shape. 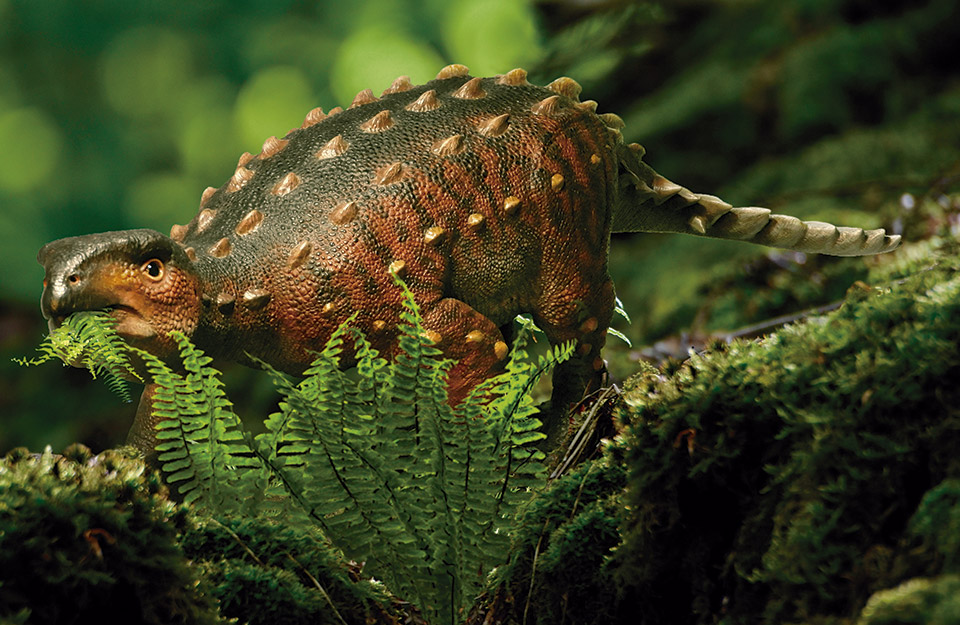 Arackar licanantay: Arackar licanantay was also discovered in 2021. It is a new species belonging to the titanosaur group, herbivorous quadrupeds with a small head and a long neck and tail, some of which were the largest animals ever to populate the planet. This dinosaur was discovered 75km (46 miles) south of Copiapó in the Atacama Region. It is thought to have measured six meters (19.6 feet) in length and lived more than 66 million years ago (Cretaceous period). This fossil was found in the 1990s by a team led by the Chilean geologist Carlos Arévalo. In the 2000s, studies of these and other remains by paleontologists David Rubilar (Head of Paleontology at Santiago’s National Museum of Natural History), Alexander Vargas and José Iriarte allowed it to be identified as a new species.

Chilesaurus diegosuarezi: This dinosaur was described and named in 2015, but its discovery dates back to a decade before. It is also recorded in the Guinness Book of World Records: its first remains were found in 2004 in Aysén by Diego Suárez (son of the geologist Manuel Suárez), seven years old at the time, who became the youngest person in the world to discover fossils from a new dinosaur species. The dinosaur was an herbivorous theropod that measured less than two meters (6.5 feet) in length and lived during the Jurassic period, some 145 million years ago.

Atacamatitan chilensis: This was the first non-avian dinosaur described and recognized in Chile. The discovery of this new dinosaur species was published in 2011. It was found in the Atacama Desert (Antofagasta Region) and lived during the Cretaceous period, 100 million years ago. It has the characteristics of an herbivorous dinosaur with long neck and tail. It belongs to the titanosaur group and is believed to have measured eight meters (26 feet) in length. The Chilean paleontologists David Rubilar and Alexander Vargas, from the Universidad de Chile, and Mario Suárez, from Caldera’s Paleontology Museum, participated in the discovery.

The largest egg from the age of the dinosaurs: In 2020, a mosasaur (marine reptile) fossil was discovered, corresponding to a species that lived more than 66 million years ago on the Antarctic peninsula, according to researchers from the University of Texas at Austin, the Universidad de Chile and the National Museum of Natural History. The egg, measuring almost 30 centimeters (almost 12 inches), is the second largest in recorded history. The research was published in the journal Nature and is one of the Chilean investigations that had the greatest global impact in 2020. 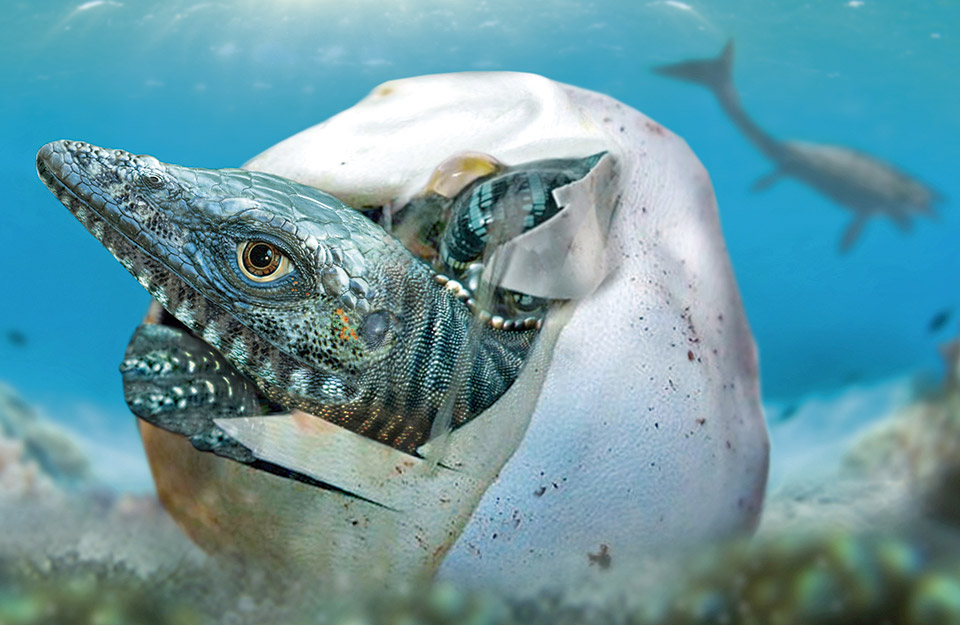 The first Chilean mammal from the age of the dinosaurs: Also in 2020, a group of scientists identified Magallanodon baikashkenke, a new species of mammal that lived some 74 million years ago, alongside large sauropods like the titanosaurs, close to Torres del Paine in the Magallanes Region. The finding was made as part of the Fossil Record and Evolution of Vertebrates Ring Project led by the Universidad de Chile, which included the National Museum of Natural History and the Chilean Antarctic Institute (INACH). It is the world’s southernmost fossil record of a Gondwanatherian, a type of primitive mammal.

Flying dragon: In 2021, researchers from the Universidad de Chile identified a Rhamphorhynchus, a type of pterosaur (flying lizard) found for the first time in the Southern Hemisphere, close to the city of Calama. It lived during the Jurassic period, some 160 million years ago. It had an elongated tail ending in a rhombus-shaped tip and sharp teeth pointing forward.

A large marine predator in the middle of the Atacama Desert: A team of researchers from the Universidad de Chile and the Atacama Desert Museum of Natural and Cultural History presented the remains of two pliosaur specimens, an ocean reptile with a bite more powerful than the Tyrannosaurus rex that inhabited the north of Chile 160 million years ago. The research was published in 2020 in the Journal of South American Earth Sciences.

Chile beats its own record with 5 million people vaccinated

Chile's campaign against the pandemic

Chilean women committed to science for a better future world