This religious festival takes place every July 16 in the Tarapacá Region and is an example of our country’s living cultural heritage.

During the 19th Century, workers at the saltpeter works located in the Tarapacá Region held the annual tradition of celebrating La Tirana festival. Following the War of the Pacific, when the territory was handed over to Chile, the population that lived in the area went through a process of Chileanization, which included the transmission of values, customs and traditions characteristic of Chilean culture to those who were not of Chilean origin.

The country embraced the celebration of La Tirana, but made some modifications in order to include more Chilean elements in the festival. As an example, the date of the celebration was changed from August 6 to July 16 in order to coincide with the day of the Virgin of Carmen, patron saint of Chile. 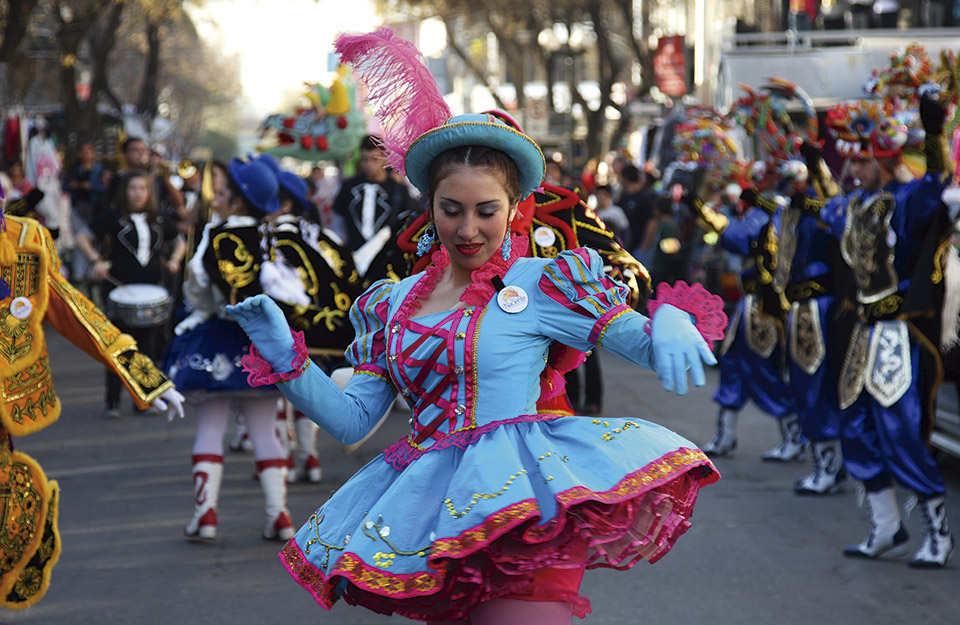 At the beginning of the 20th Century, the most popular of the festival’s dances were the chunchos, morenadas, mascaradas and cuyacas. The bailes chinos, a ritual dance practiced in central and northern Chile that had its origin in the celebration of the Virgin of Andacollo, were later incorporated. The bailes chinos rapidly became the main dance of La Tirana and were given the honor of leading the Virgin of Carmen to the procession. Over time, a variety of other dances were added to the celebration, including gypsy dances, bailes de pieles rojas (red skin dances), Arabic dances and the well-known Diablada de La Tirana (the dance of the devils).

La Tirana has now become the biggest religious festival in northern Chile and one of the country’s most important multicultural celebrations. Due to the current health crisis, it will be celebrated for the second consecutive year as a virtual religious ceremony.

We invite you to watch the oldest documentary record of this popular festival held in 1944 via Tantaku, the digital repository of the Universidad de Chile.