Living Room Theatre: Reinventing theatre during the pandemic, with plays specially designed for the online format

Plays in which the videoconferencing platform is part of the story. This is the premise of Living Room Theatre, original plays interpreted live via Zoom by a virtuoso cast.

The Cow Company was readying itself to premiere two live theatre productions when  theater performances were suspended in March 2020. In the midst of this scenario, Marcos Alvo, the company director, proposed to scriptwriter Rafael Gumucio that he should write a play designed for broadcasting over a videoconference platform.

“We didn’t want to perform Hamlet over Zoom, because it made no sense. The idea was that the videoconferencing platform we used becomes part of the story, that it remains inside of the narrative,” Marcos explains, a little more than a year after the premiere of the first Living Room Theatre play, entitled “Master Class”, which boasted a virtuoso cast made up of Luis Gnecco, Amparo Noguera and Gabriel Urzúa.

Since then, the theatre company has performed more than 40 live plays and calculates that around 40,000 people have bought at least one ticket. This experimental format, which implies horizontality between the actors and the public – as everyone connects via Zoom –, has aroused international interest. The plays have been adapted to a neutral Spanish dialect and have been premiered in the Colombian market with a local cast, while the company has also sought to extend into other Latin American countries. 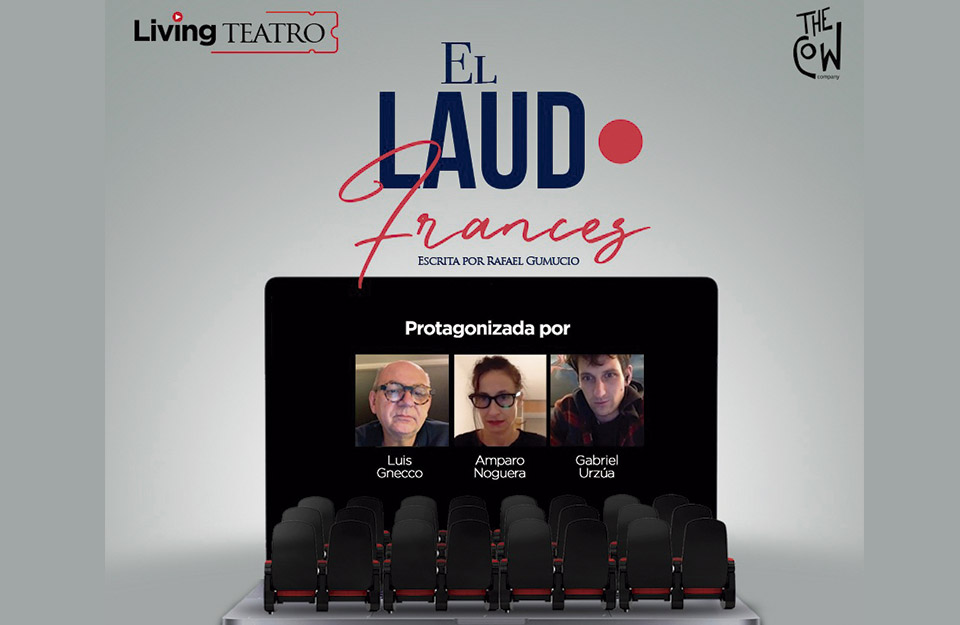 “The fantastic thing about this format is that it’s completely democratic: the way that the public sees you is the way you see the public. We are all bounded by the same frame, which is the computer screen, so the public sees you in the same medium as you see them. I think that it’s a format that will enable us to carry on exploring new possibilities, as far as resources allow,” states actor Luis Gnecco, who has formed part of the cast from the beginning.

Another characteristic is the community that has developed around these theatrical works. At the end of the production, the actors, producer, scriptwriter and public all turn on their cameras to see each other’s faces, get to know each other and strike up a relaxed and reflective conversation about the play, a unique space in which the audience and the performers discuss one on one.

“(These conversations) are like a work apart, almost as important as the play itself. They form a play about communication with the public, about moments in which we converse. The audience sees us, they ask us questions… they are a part of the play, very important and very essential. We see each other, they see us, we are in their homes, they are in our homes, and this has produced a relationship that is both very distant and very close at the same time,” comments the scriptwriter, Rafael Gumucio. Some people have even connected from a hospital or are in preventive confinement because they are Covid-positive or have had close contact with someone that is.

This digital format has also contributed to the decentralization of theatre in Chile. Almost 70% of those that have connected have done so from outside of Santiago, and a part of the audience has even connected from other countries. “Many times, we’ve been greeted from Australia, Canada, the United States, Argentina, Panama, Mexico. The majority are Chileans that live abroad. There are faces that we see every week and that are now just as well known as the actors themselves,” Marcos relates, and adds that the public themselves have asked them to continue with these plays even when face-to-face activities resume. “Once we return to normality, or the new normality, it is our intention to go back to face-to-face theatre but also continue with Zoom theatre,” he says.