130 shows from 19 countries are part of the line-up of the Chilean theater festival, the biggest of its kind in Latin America, which has been running for three uninterrupted decades. The performances will take place during January, from the north to the south of Chile.

The Teatro a Mil Festival will be held from January 3 to 31 with an unparalleled line-up to commemorate its 30 years of history. The event will feature 130 shows from 19 countries in Europe, Asia, America and Oceania. Among them are “Sun & Sea” from Lithuania, winner of the Golden Lion at the Venice Biennale 2019, and “Saurian and the Witnesses of the Outer Space” from France, an enormous dinosaur that will take over the streets.

The festival will present a number of Chilean shows with critical themes, such as migration, institutional violence, indigenous peoples, powerful women in the performing arts and the commemoration of the 50th anniversary of the coup d’état.

Teatro a Mil will portray the importance that artistic activity has had during the festival’s 30-year history, under the motto #AtraviesaTuVida. The festival has crossed borders (face-to-face and digital), disciplines, generations and distances, bringing together different communities.

“These 30 years of the festival have made us proud and challenged us in equal parts. Over these decades, we have seen our country’s recent history take place, and we feel the reward from the public every January when they fill the theaters, the streets and every other corner that our shows can reach. We started in 1994 at Estación Mapocho, and today we are present in all of Chile’s regions, with artists from those very regions,” states Carmen Romero Quero, general director of Fundación Teatro a Mil.

Shows such as Sun & Sea (Lithuania) and the Jungle Book reimagined (England) reflect on climate change and its impact on future generations, one of the points to be discussed in this edition of the festival. Emblematic pieces will also be presented, such as Fait Accompli (Hechos Consumados, Juan Radrigán), Kiss & Cry (Belgium) and a tribute to Pina Bausch, a choreographer with an extensive legacy in the world of dance. 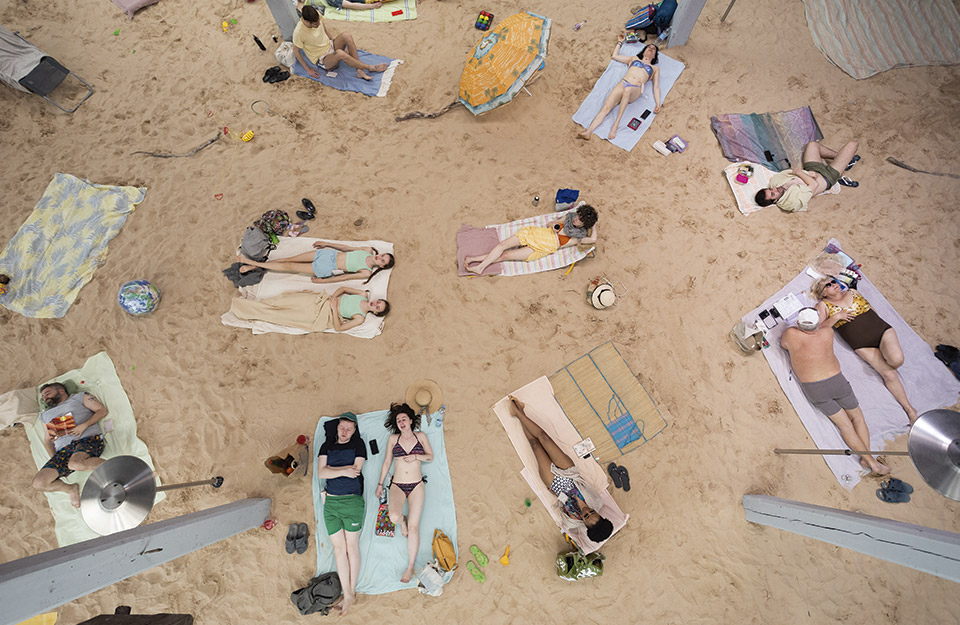 Mon Laferte, the Chilean Latin Grammy winner, will also perform her concert “Alone with my Monsters” (Sola con mis Monstruos) at Quinta Vergara. In addition to her show in the Valparaíso Region, the singer-songwriter will hold an exhibition on her life and work at the Gabriela Mistral Center. “These are projects that talk about other facets of Mon Laferte, her visual arts side, and how she translates that to her concerts to bring them to life,” Carmen Romero explains.

In order to extend the reach of the performing arts, the festival will present free shows in different municipalities and cities throughout Chile, in collaboration with its partners Antofa a Mil, Valpo a Mil and Conce a Mil. It will thus present pieces co-produced by Fundación Teatro a Mil, with free admission, for the first time throughout Chile, such as Tempest Project and Blackbird.