From North to South, Chilean handicrafts speak of our people, their talent, traditions, and territory. Together with Fundación Artesanías de Chile – an organization that works with a network of almost three thousand artisans from all over the country, who buy and sell their art under Fair Trade principles – we present ten traditional Chilean handicraft pieces, made by artisans who keep the country’s cultural heritage alive.

The Aymara people live mainly in the Arica and Parinacota and the Tarapacá Regions of Northern Chile. Heirs to the pre-Hispanic knowledge of those who have lived in Andean territories since before the Spanish arrived, their traditional textiles are defined by their intricate weaving, made with a few simple tools. Their technique and style are developed following a careful process that begins with the selection of the alpaca fleece, from animals raised by the artisan families themselves. Once the fiber is selected, it is meticulously spun, before artisans follow the tradition of weaving on a backstrap or four-stake loom (pre-Hispanic tools). The textiles are the canvas for capturing elements of their identity. They are mainly made out of camelid fiber that the craftswomen pick, spin, and weave on different types of looms, classified according to their size. On these looms, they make traditional pieces such as sashes, chuspas (pouches, see photo), talegas (a type of bag), and llijallas (a colorful textile). 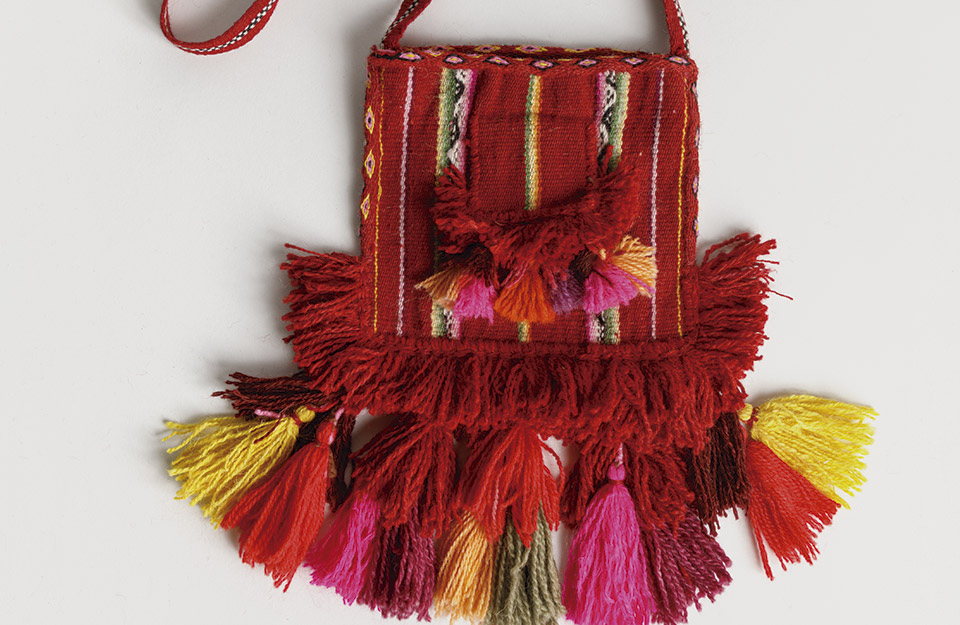 In the city of Combarbalá, in the Limarí Province of the Coquimbo Region, artisans work with a hard stone formed from a mixture of minerals known as combarbalita. The stone is unique to this region and is extracted up to ten meters below the surface. Each piece has different tones, and they are used to make countertops, figurative pieces representing the flora and fauna of the zone, and useful pieces like bowls and cups. 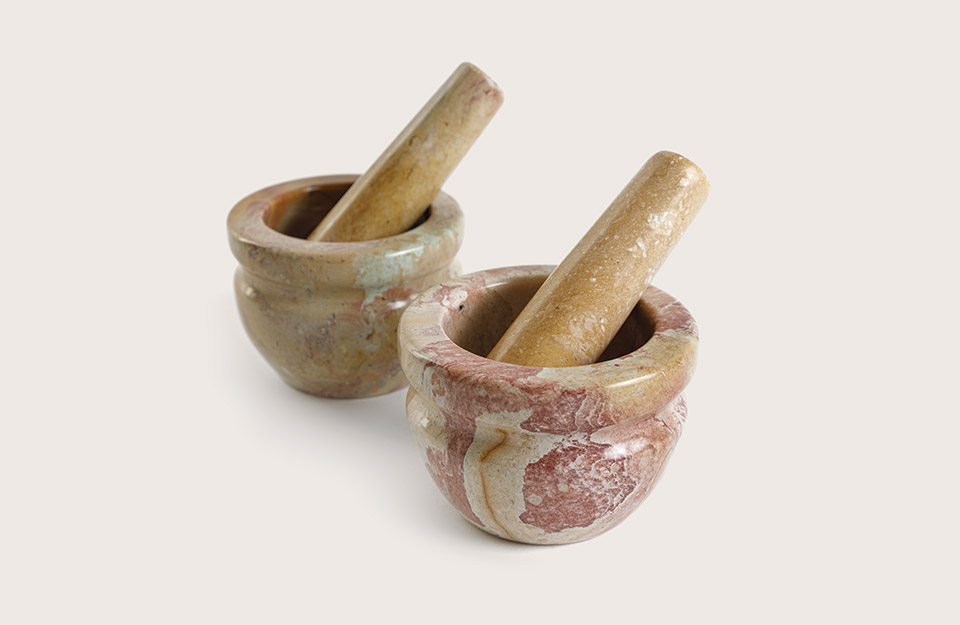 Arpillera (patchwork burlap) emerged as a Chilean handicraft trade in the 1970s, when women living in vulnerable situations caused by the military dictatorship needed to earn an income to support their families. It appeared mainly in urban areas, such as the capital, Santiago. This type of handicraft consists of embroidering pieces of fabric together, and it became a way to express and share stories, dreams, and social demands.

Polychrome pottery from Talagante, a rural town in the Metropolitan Region, is a local tradition that appeared during the colonial period. For six generations, nuns from the Monjas Claras convent have shared this form of expression with the community, portraying characters from Chilean popular culture and religion on vibrantly painted clay.

Rari is a rural town located in the Andean foothills of Central Chile’s Maule Region. From a young age, women learn crin micro-weaving techniques, handweaving miniature figures using hair from the horse’s tail. The figures represent aspects of their rural environment – flowers, butterflies, and insects -, and they are used for decoration.

The pottery of Quinchamalí, a town in South-Central Chile’s Ñuble Region, is famous for its black clay. The artisans achieve this color through a burning process, which is carried out in a kiln, first with ox manure and then with horse manure. The pieces are decorated with engravings made with a needle, and then painted with white earth from the same area.

The chemamüll – people of wood in Mapudungun, the language of the indigenous Mapuche people – are large pieces of wood or tree trunks sculpted by Mapuche artisans. They represent smaller versions of the statues that were once placed on top of tombs in Mapuche cemeteries. Their purpose was to reflect the spirit of the person who had been buried, and accompany them on their journey to the afterlife.

The design of the Cacique’s poncho, or Trarikamakuñ, is achieved by tightly tying parts of the warp thread (Bromelia sphacelata) to create a zigzag design. The tied-off areas stop the pigment from getting through when dying, leaving white areas and colored areas. Artisans put the fabrics dyed with the trarikan design back on the loom, and weave the poncho using a lattice technique.

For hundreds of years, the Lafquenche Mapuche from Puerto Saavedra and the coastal town of Budi in La Araucanía Region have weaved pilwas (bags in Mapudungun) for carrying food. Both men and women weave the bags using fiber from the chupón (Greigia sphacelate), a native plant that they clean, dry, and twist until obtaining a resistant rope, which they then use to weave pilwas of different shapes and sizes.

Quilineja is one of the vegetable fibers most prized by the artisans of Chiloé. To get it, they have to go deep into the forest until they find it tangled in the trees. They then perform a ritual asking the spirits for permission to remove it. They always carry with them a garlic clove to ward off the Trauco, a mythological creature from Chiloé. They weave baskets and brooms with the quilineja that they collect on these long walks along dense trails.

To learn more about Chilean handicrafts and shop around for them, go to Artesanías de Chile.