7 must do experiences in the Chiloé Archipelago

One of the most beautiful, magical and unforgettable destinations of our country is without any doubt, the Chiloé Archipelago. Both the great island and all of the small ones, hide beautiful corners that make this place absolutely unique. Here we have a list of some of the experiences that Chiloé has to offer.

Churches of Chiloé, World Heritage Sites
The churches of Chiloé delight us with their designs, architecture and marvellous colours; they are definitely one of the most widely known attractions in a national and international level. A real net of wooden buildings that stand tall and proud despite of how old they are; some of them were even built in the 18th century. Despite existing around 60 churches following this particular model and architecture, only 16 of them where selected as World Heritage Sites by UNESCO. The most popular of the group are the Achao’s Church; considered the oldest one, the Quinchao’s Church; the biggest one, and Castro’s Church; that is located in the main city of the archipelago.

Muelle de las Almas (The Spirits’ Dock)
Being one of the most captured places on camera, this wooden dock located near a cliff is located in Cucao; and it provides an amazing view. According to the legend, after someone dies, his or her spirit travels to this place and calls the “Tempilkawe”, a mythical creature that sails in a ship made of foam and takes the soul of the deceased, after his job has been done he collects his payment in precious stones. It is said that you can hear the moanings of the souls that never left this place.

Chiloe’s Wetlands
Chiloé has a route that creates a net that connects 10 wetlands located in different places of the archipelago. These places are known for being reproduction, feeding and resting sites for migratory birds, and allow visitors to see many different and beautiful species. There are more than 80 bird species that use this place as a stop after a long journey; flamingos, curlews and plovers are only some of them. In 2011, the 10 wetlands were included on the Western Hemisphere Reserve Network, which seeks to assure the preservation of these birds in the American continent.
Aucar island
Even though this place is not as widely known as the churches or the Muelle de las Almas, year after year its popularity has been growing. Placed in Quemchi, this island has a very particular access, as you need to walk through a long wooden bridge over the river of the same name; but when the tide is low this island is left completely connected to the great island. It also became more popular due to the writer Francisco Coloane, who named it as the “Sailors’ souls Island”, as he thought of this place as a resting territory for souls that were waiting to sail again. Although small, the island also has a church and a beautiful botanical garden in it.

Puñihuil’s Penguins Colony
Located in Puñihuil, Ancud; this place is the home of two penguin species; Humboldt and Magallean. While the presence of these particular birds make this destination automatically attractive, it is even more impressive when we consider that there are not many places in the world where two different species of penguins can reproduce and live together. It is also possible to see other animals, such as marine otters, sea gulls, upland goose and cormorants.
Sailing
Chiloe is a land with a strong connection to the sea and sailing; from its legends to its long tradition of local fishing. It is not rare that different enterprises and tours offer sailing rounds through the rivers, fjords, bays and hidden places of Chiloé. A tour that allows visitor to appreciate the most beautiful landscapes, surrounded by the traditional flora and fauna of the south.

Curanto en Hoyo
Even though this activity does not belong to an specific place, you cannot go to Chiloé and miss the opportunity to enjoy one of the most typical preparations of the archipelago. Seafood, meat, potatoes, sausages, chapaleles, milcaos (doughs made of potato) cooked over hot stones and covered with leaves. An experience that is not only gastronomic, but also a celebration were family, neighbours and friends get together and share. 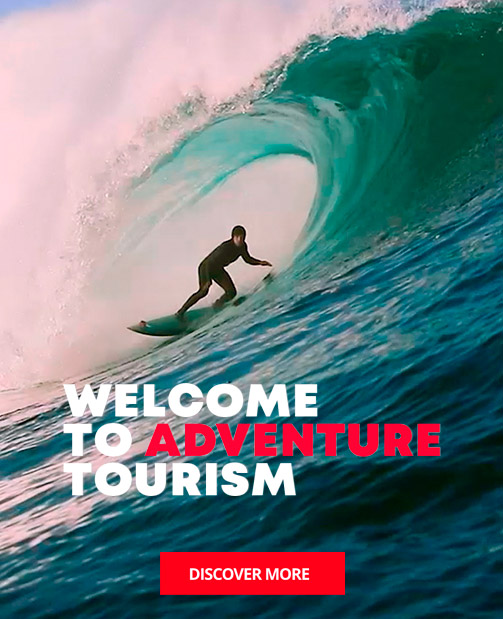 Tapu, Rapa Nui’s ancestral philosophy that has been key to eradicating Covid-19

Learn the story of the Russian sailor who was quarantined in Puerto Williams, the world’s southernmost city known for its hospitality

All you need to know about tourist observatories in Chile

Llelliuquen in Puerto Saavedra: Tourism with a Mapuche worldview