The Chilean delegation for the Tokyo Olympic Games has already made history: it is the first time that Team Chile will be made up of more women than men and the team will compete in the largest ever number of disciplines.

The Chilean delegation to the Helsinki Olympic Games in 1952 was the largest in the country’s history, with 58 athletes taking part. More than half a century later, the team that will represent Chile in Tokyo 2020 has not only matched that number, but has also set new records.

For the first time, the Chilean delegation will be made up of a greater number of women than men. The participation of women in team sports is also unprecedented, in particular women’s soccer. Another of the characteristics that makes Team Chile stand out is that 24 sporting disciplines will be represented, the highest number in our history to date. 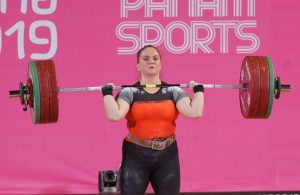 In anticipation of the inauguration of this year’s Tokyo Olympic Games, which will take place between July 21 and August 8, we are sharing ten facts about the history of Chile’s Olympic participation with you:

1.The first time that Chile took part in an Olympic Games was Athens 1896, with one athlete competing: Luis Subercaseaux in athletics.

2. Chile’s first Olympic medal was won by Manuel Plaza in Amsterdam 1928. He finished in second place in the men’s marathon.

3. The first time that a Chilean woman participated in an Olympic Games was Berlin 1936. Raquel Martínez ran in the 100-meter sprint.

4. Chile took home its second Olympic medal in Helsinki 1952 thanks to Óscar Cristi, who came second in equestrian individual jumping.

5. The first and only Olympic medal won by a woman in Chile’s history was in Melbourne 1956, when Marlene Ahrens won silver in the javelin throw.

6. The famous Chilean boxer, Martín Vargas, competed only once in the Olympic Games, in Munich 1972.

9. Team Chile’s most experienced athlete at Tokyo 2020 is equestrian Samuel Parot, at 56 years old, while the youngest is swimmer Eduardo Cisternas, at 17.

10. Chile’s delegation for the Tokyo Olympics includes 11 athletes who have competed in previous Olympic Games.