From North to South, Chile boasts ten stunning biosphere reserves, and most of these protected areas are national parks and national reserves.  What are biosphere reserves? They are part of UNESCO’s “Man and the Biosphere” program, and include terrestrial and coastal ecosystems that are offering solutions to balance conservation and biodiversity with sustainable use.  Their beautiful landscapes abound with rivers, lakes, native forests, and species found only in Chile. Together, they cover more than 11 million hectares, three million of which are marine ecosystems.

Located in Arica y Parinacota Region, this is Chile’s northernmost biosphere reserve. It comprises Lauca National Park, Las Vicuñas National Reserve, and Salar de Surire National Monument. It is known for its varied Andean flora and fauna and Altiplano geography, with altitudes ranging from 3,200-6,342 meters above sea level.  The reserve is also home to the Aymara, one of Chile’s 10 officially-recognized indigenous peoples, with a history that stretches back 10,000 years.  The reserve’s attractions include the Parinacota, Pomerape, Guallatiri, and Acotango volcanoes, as well as Lago Chungará, the snow-capped twin peaks of Payachatas, and the Tambo de Chungará archeological site. 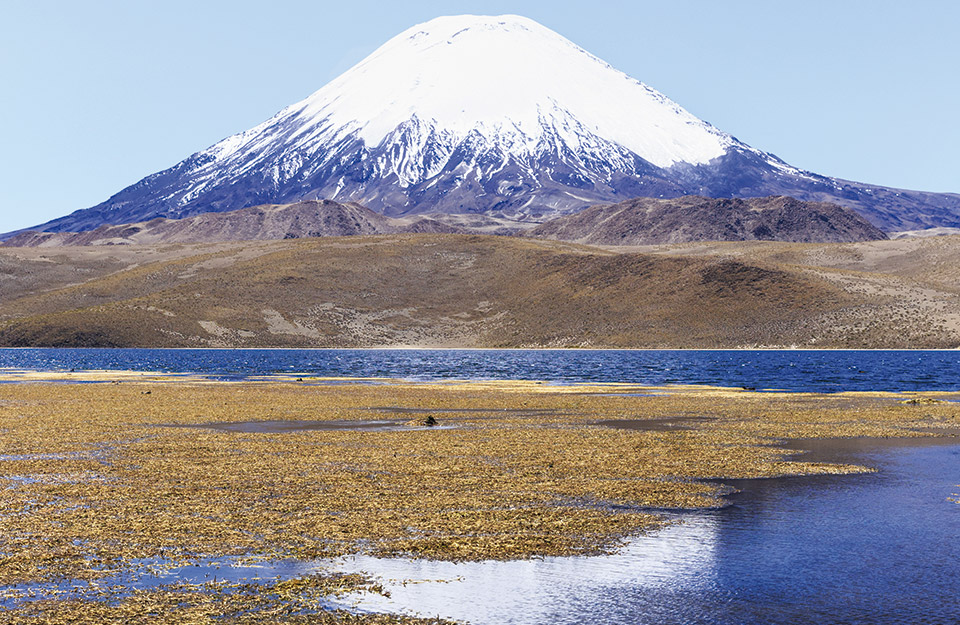 Situated in Coquimbo Region, the reserve’s main feature are its lush forests growing beside the desert.  Because of its clear night sky, which is ideal for astronomical observation, this park was named the world’s fourth Starlight site, and the first in South America.  There are two walking circuits in the reserve: the first is the 1,000-meter long “Hydrophilic Forest Trail,” where visitors can observe a semiarid ecosystem, which includes a Valdivian Forest that survives thanks to the Camanchaca coastal fog; the other is the 140-meter long “Accessible Trail,” which can be traveled by wheelchair.

This reserve in Valparaíso Region is composed of La Campana National Park and Peñuelas National Reserve. It is divided into three sectors: Granizo, Cajón Grande, and Palmas de Ocoa. The most popular trails are the “Andinista” or Mountaineer’s Trail, the “Guanaco Circuit,” and “La Cascada” waterfall trail. Since 1989, it has been a place of scientific interest for mining because of its six deposits of minerals associated with the volcano-sedimentary rocks of the Lo Prado geological formation.  In 1834, English naturalist Charles Darwin visited the place and climbed to the summit of La Campana mountain. The site is also known for its Ocoa palm grove, one of the last remaining natural forests of Chilean palm, an endemic species. 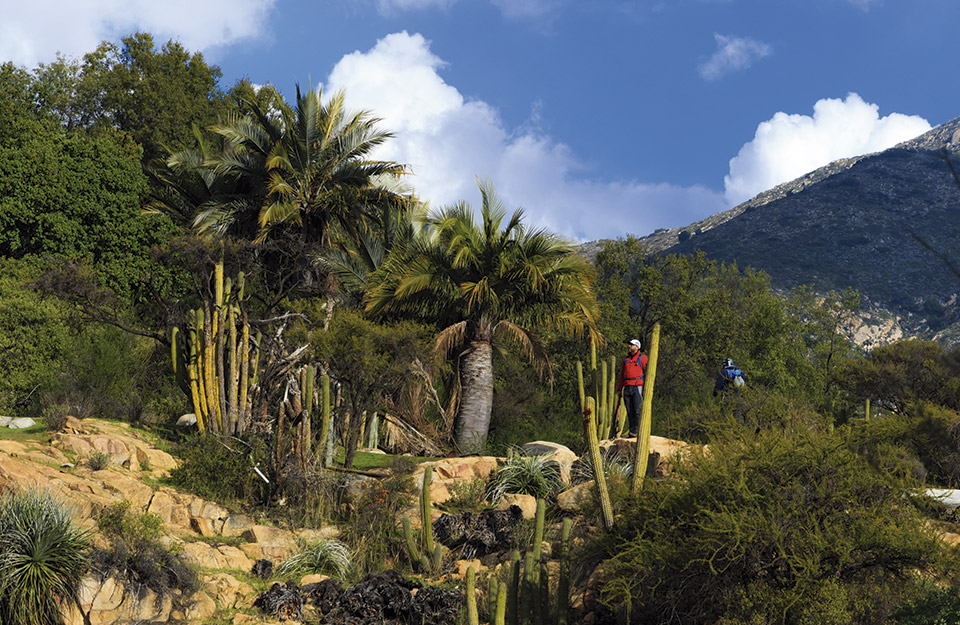 Also located in Valparaíso region, but 667 kilometers off the coast, this reserve includes the islands of Santa Clara, Alejandro Selkirk, and Robinson Crusoe. The protected area encompasses the marine parks of Montes Submarinos Crusoe, Lobería Selkirk, El Arenal, Tierra Blanca, and El Palillo. This exceptional natural environment and its stunning geography are home to 500 residents, who live in the towns of San Juan Bautista and Bahía de Cumberland. The Juan Fernández Archipelago boasts the greatest diversity of endemic species on the planet per square meter, even appearing in the Guinness World Records.

Located in Biobío Region, the reserve is comprised of three protected areas: Laguna del Laja National Park, and two national reserves, Ñuble and Huemules de Nibinto. Its importance lies in its diverse, vulnerable ecosystems, including the central zone sclerophyllous forest and southern temperate forest. The reserve is home to more than 41 endemic plant species, including the Chilean Cedar (Austrocedrus chilensis) and the Monkey puzzle tree (Araucaria araucana). It contains more than 40 types of fauna, including condors, huemul, colocolo (pampas cat), and the Magellanic woodpecker, all of which are endangered.  The park boasts three scenic attractions: the Laja River, Antuco Volcano, and Laguna del Laja. 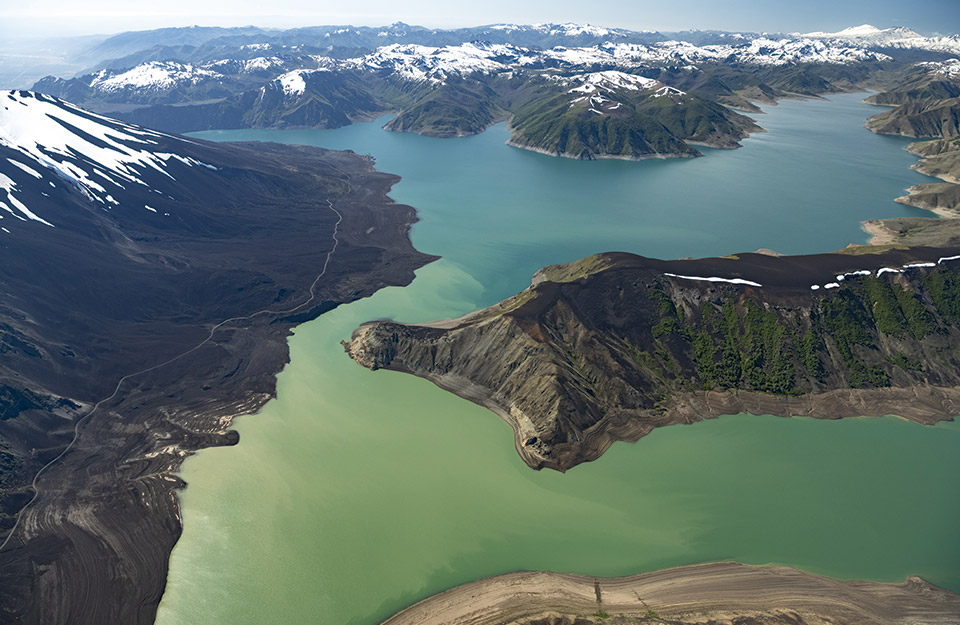 This reserve, located in Araucanía Region, groups together ten protected wilderness areas: Conguillío, Huerquehue, Tolhuaca, and Villarrica national parks, and the Alto Biobío, Malleco, Malalcahuello, Villarrica, Nalcas, and China Muerta national reserves. Its most notable feature is the massive presence of the species that lends the reserve its name–the long-living Araucaria tree, which can live up to 1,800 years. Mammal species such as the pudu and guanaco can also be found there.  Visitors can observe the Llaima volcano, one of South America’s most active, as well as the Lonquimay, Sierra Nevada, and Nevados de Sollipulli volcanoes, by following the different routes of the Kütralkura Geopark, the first of its kind in Chile, with 35 sites of geological interest. 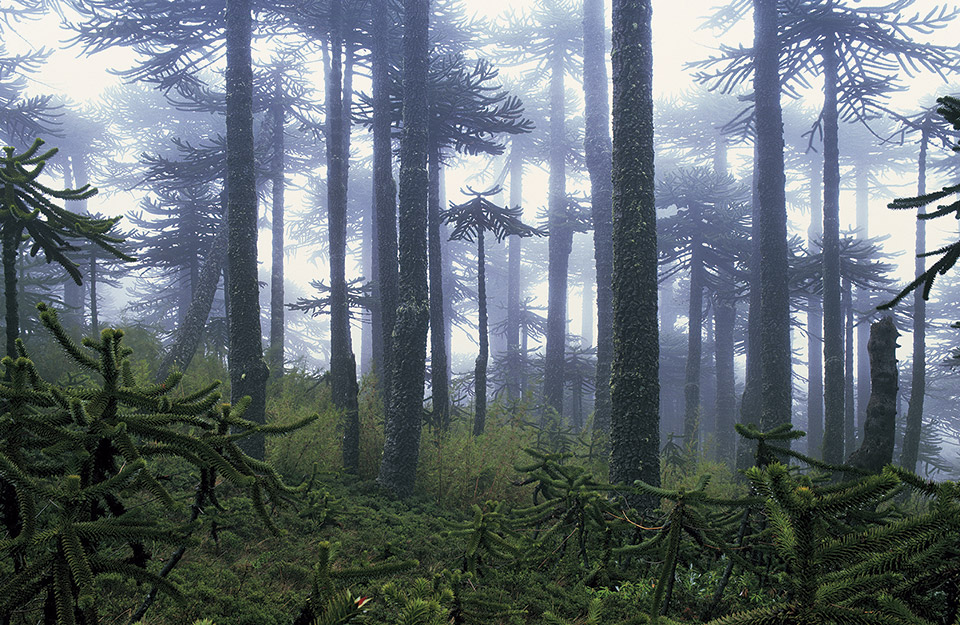 This 2.2-million-hectare reserve is the second largest in Chile and is considered one of the largest intact forested areas on the globe.  Spanning two of Chile’s regions, Los Ríos and Los Lagos, the reserve encompasses five national parks (Puyehue, Villarrica, Vicente Pérez Rosales, Alerce Andino, and Hornopirén) and three national reserves (Mocho Choshuenco, Llanquihue, and Hornopirén). In 2006, Chile and Argentina signed an agreement to establish this Bi-national Reserve at the border they share, joining the Chilean reserve with Argentina’s North Patagonian Andes Biosphere Reserve. The agreement established a transborder protected area of 4.5 million hectares.

Located in Aysén Region, this reserve covers 1.7 million hectares, making it one of Chile’s largest biosphere reserves. Of its total area, nearly 400,000 hectares correspond to the ancient ice sheets of the Northern Patagonian Ice Field. Also within the park are the 4,058-meter San Valentín Mountain and the San Rafael glacier and lake. Visitors can take a boat tour to the active edge of the ice field, where they might see enormous ice blocks breaking off from the glacier and falling into the lake.

Located in the Magallanes y Chilean Antarctica Region, this reserve is known around the globe for its stunning natural beauty that includes mountains, glaciers, and rivers.  Several circuits are available, the most popular being the Paine Massif and the W trail. Other trekking options include the Cuernos Lookout trail, on the shores of Nordenskjöld Lake, the trails near Salto Grande and Salto Chico, and circuits to La Isla and Chorrillo de los Salmones in the Guardería Lago Grey area. 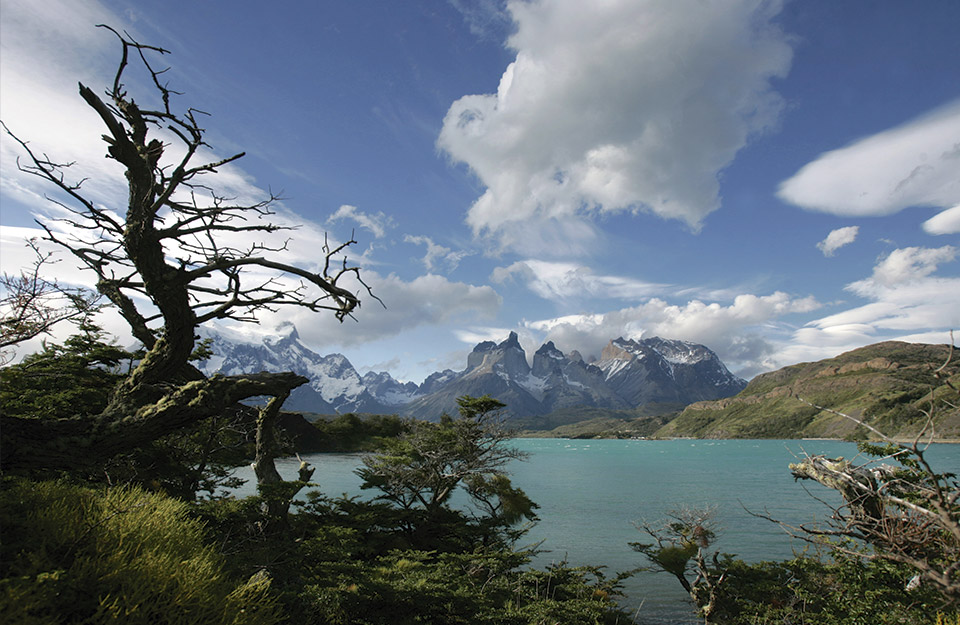 Situated at the southern tip of Chile, on Navarino Island in Magallanes Region, this reserve has been honored as one of the world’s 100 greenest destinations. Its main attraction is the Omora Ethnobotanical Park and its “miniature forests”– veritable jungles of lichen and other types of vegetation–which visitors can admire and even study up close under a magnifying glass.  With 4.8 million hectares encompassing Alberto de Agostini and Cabo de Hornos national parks, this is the country’s largest biosphere reserve. The reserve is known for its protection of fauna species such as the leopard seal, dolphins, whales, sea lions, and chungungos (marine otter), and for its trekking trails to the Dientes de Navarino massif. 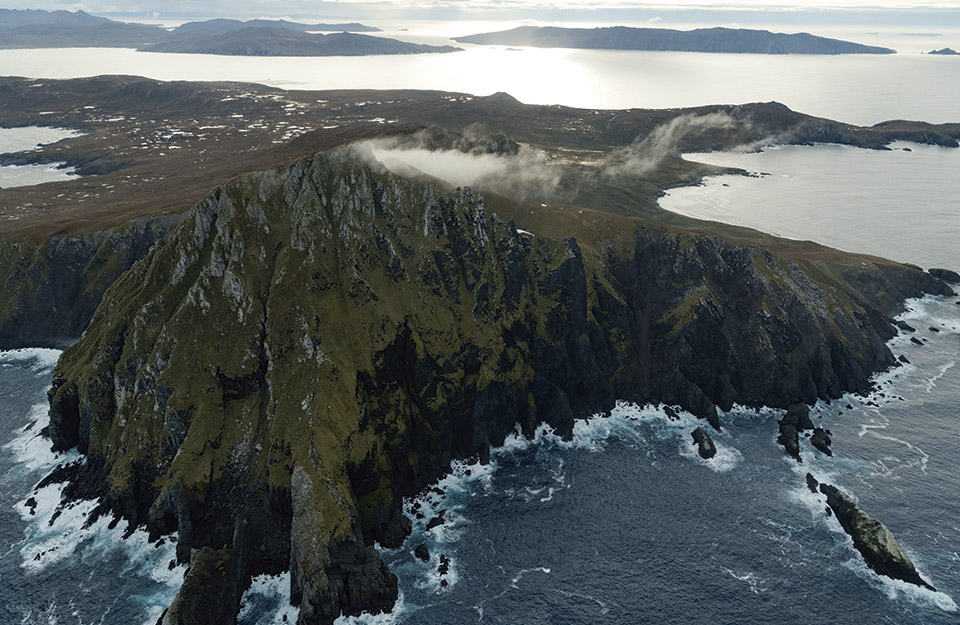